Get new headphones, enjoy it? No, burn in first to enjoy the real sound. But really?

What’s “burn-in”? Basically it amounts to exercising a new pair of headphones or earphones using various volumes and different styles of music for a given period of time to increase the headphones’ audibility.

Many audiophiles believe that fresh headphones are too stiff, far from their potential performance, they need the right amount to adjust to the fluidity of the music. Nevertheless, skeptics state that music sounds the same whether it’s the 1st hour or the 1000th, they think the only reason of  improvement after the “burn-in” is that their ears are just adjusting and becoming more accustomed to the sound.

What manufacturers say? Some state specific burn-in times for their products, others are glad to leave the details for true believers to explore. As it costs nothing, and harms nothing, there is no point in running the risk of taking an alternative stance.

What sciences say? The data conducted by Innerfidelity shows that many changes observed could easily result from movement, and some changes seem more likely due to break-in. And engineers of earphones have tested some earphones launched in 1997, reaching the conclusion that they measure the same as when they came off the line, no matter in a day, in a year or in a decade unless something goes wrong.

Fairly, the physical properties of any mechanical device can and do change over time. The process of “burn-in” itself can also take myriad forms, resulting in diverse outcomes. Finally, the topic sits squarely at the intersection of perception, psychology, science, marketing, etc.

About the Author: Sherry

This site uses Akismet to reduce spam. Learn how your comment data is processed. 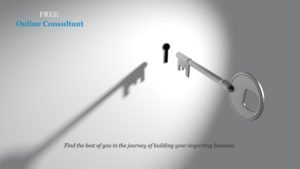